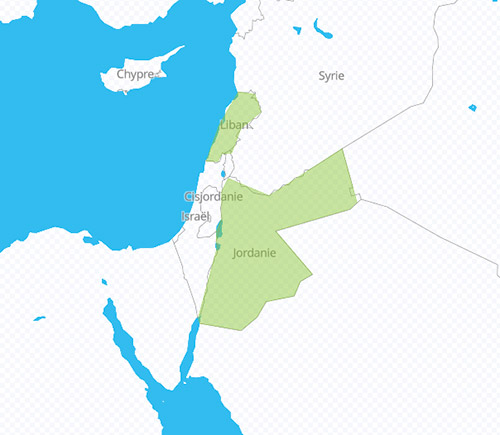 Improve the resilience of Syrian refugees and host communities by giving them access to relevant, understandable and actionable information on topics of concern in their daily lives.
Foster social cohesion by enhancing the exchange of information and success-stories and address misconceptions of refugees by local host communities.
2 M
36months
2Countries

Giving vulnerable communities the right information at the right time is a form of empowerment. It enables people to make the decisions most appropriate for themselves and their families and can mean the difference between being a victim or a survivor. The current situation in the Syria neighbouring countries is a fertile soil for rumours, misunderstandings and frustrations that foster social tensions between host communities and refugees.

In frame of the Qudra2 Programme* seeking to strengthen the resilience of Syrian refugees, IDPs and host communities in response to the Syrian and Iraqi crises*, CFI has been commissioned by the French public agency Expertise France (EF) to produce and disseminate accurate, reliable, neutral, awareness-raising, useful information in Jordan and Lebanon.
Qudra 2 gives special attention throughout the program to the following target groups: Children, youth, women and other highly vulnerable population groups, such as the elderly and the disabled. To address this challenge, CFI has developed a communication strategy, based on producing videos, partnering with local media platforms and commissioning journalists. The information produced will aim to strengthen social stability/cohesion between Syrian refugees and the host communities in Lebanon and Jordan. The implementation of the project relies on local teams based in the two countries of CFI's intervention.

Syrian refugees and host communities in Jordan and Lebanon.

Dissemination on social media through a cross-pollination strategy with a set of partners, getting millions of views for our video clips.

October 15, 2021
Aghyad is one of the millions of Syrians who fled Syria upon the eruption of the Syrian conflict in 2013. Story of his path to become a...

January 21, 2022
A second workshop on ‘Refugees’ Stories Coverage’ was held from 1-4 December 2021 in Amman, Jordan, in cooperation with the Al-Jazeera Media...

April 21, 2022
A three-day workshop on "Covering Human Interest Stories" was held between 28 February and 3 March 2022, led by award-winning media trainer and...

Broadcast on national and international TV channels to reach out to million of viewers.

August 10, 2020
Official Jordanian television started in June the broadcasting of 10 episodes of the series "Ambassadors of the Future", which CFI produced its...

Production of ready-to-use information on a wide array of topics, ranging from employment, to education and waste management, mostly through video clips.

December 21, 2020
In Lebanon, Syria and other countries, children are being deprived of their right to their childhood due to the current security situation...

March 9, 2021
This workshop took place online, on the 15-16 February 2021, under the facilitation of Luna Safwan, a journalist and expert in media ethics...

June 2, 2021
This training, held in May 2021, focused on providing journalists with the necessary tools for detecting fake news and reporting it. 🔵 Starting Tomorrow #CFImédia is organizing a Mobile Journalism training for Jordanian journalists as part of the #Qudra 2. The training will be held on May 19-22, in collaboration with @AJMInstitute. Out of 1,800 applicants, 15 journalists were chosen. https://t.co/u3XbQstQIG
Wed, 05/18/2022 - 14:06

CFImedias
🔵 Focus on the participation of 16 journalists from Syria, Lebanon, and Palestine in a 3 day training to improve their expertise in covering and tackling human interest stories. 🎯 Moderator @LunaSafwan 👉 https://t.co/K85PJMewRD 👉 Project : Qudra 2 #CFImedias#Qudrahttps://t.co/NSpZf7HQu1
Wed, 05/04/2022 - 14:11

CFImedias
🔵 A journalists’ role is highly important, especially in communities that received refugees who suffered from the influxes of wars and conflicts. 👉 Project #Qudra ▶️ https://t.co/ZyWC7F7FCt#EUMadadFund#BMZ#EUinLebanon#AECID#QudraProgramme https://t.co/EtXdaHlcBL
Mon, 01/24/2022 - 15:00