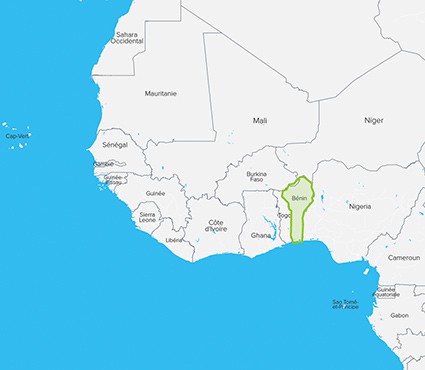 To improve the quality of the debates concerning issues of accountability and the citizen-led control of public initiatives, by increasing the quality of the output from the media and establishing a dialogue with the various stakeholders at local level.
700 K
18months
65Trained professionnals

Over the past few years, an active and organised form of citizenship has emerged in Benin, as evidenced by the setting-up of Citizen Participation Cells (CPCs – i.e. groups of civil society organisations) in 76 municipalities, or, more recently, the launch of the Vote 229, web and mobile platform, which was created so that people could follow the 2016 presidential elections via a network of e-observers spread across the entire country.

From this perspective, it appears crucial to make media organisations more involved in mechanisms for the citizen-led control of public initiatives. These mechanisms actually have an important role to play when it comes to reporting, safeguarding and mediating issues of accountability.

The Benin Citizens' Dialogue 2 project follows on from the initiatives already carried out by CFI, in partnership with Social Watch and FeRCAB (Federation of Community and Assimilated Radio Stations of Benin), at ten media organisations (radio stations and bloggers) between 2016 and 2018. Its aim is to help them to improve dialogue between authorities and civil society, so that they play their part in promoting more active citizenship and encouraging greater civic engagement.

Organisation of a launch and consultation seminar, and workshops for strengthening cooperation amongst these various players.

Organisation of training courses for media organisations, focusing on the key concepts of citizenship, the editorial management of issues relating to the citizen-led control of public initiatives, the production of magazine shows for raising awareness of issues connected with citizenship and accountability (with CSOs), the production of radio shows for holding citizen consultations or debates, with a presence on the web and on social network sites, and so on.

June 19, 2019
From 21 to 31 May 2019, eight community radio managers will be trained in business and marketing management of a radio station in Bohicon (Benin)... #DialoguesBénin
From May 21 to 31, 2019, the 8 directors of the beneficiary radio stations are committed to strengthening their financial viability. #DialoguesBénin
From May 21 to 31, 2019, the 8 directors of the beneficiary radio stations are committed to strengthening their financial viability.
PrevNext
Media & development