Journalism and social cohesion under debate at the University of Mosul

Students at the University of Mosul have been discussing social cohesion and a group of around 15 of them have taken basic journalism training courses over the past two months.

That group of young people from the University of Mosul’s Media department took part in workshops held in December 2020 and January 2021 that covered the basics of journalism, management of a website, and how to report stories relating to social cohesion and peacebuilding in Iraq. CFI organised these workshops as part of the Tafael project.

The beneficiaries were also shown a website that was officially launched on 31 January and created especially for the Media department’s students and teaching team. This site will enable them to publish articles and videos produced during the Department’s classes and seminars.

Trainer Saman Noah explained that
During the website management training, we co-drafted an editorial charter to be followed by those contributing to the site. This charter will help them get accustomed with this central tenet of journalism. 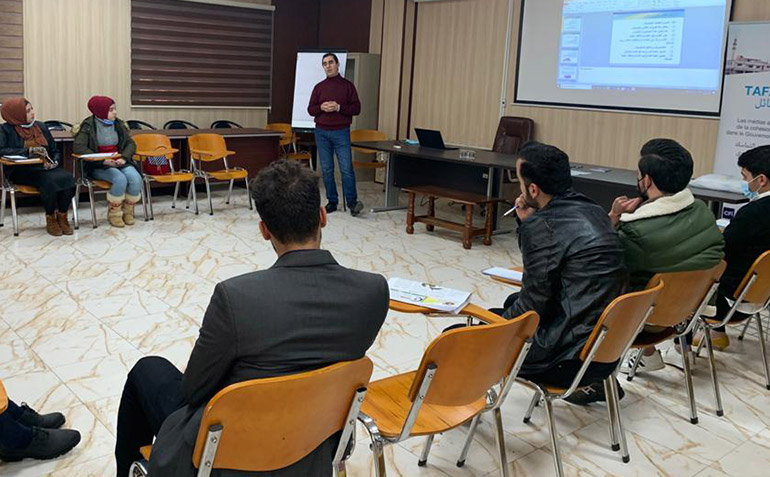 The students in the Media department and three other departments at the university (Law, Political Science, and Fine Arts) also held debates with their teachers that covered a number of topics relating to social cohesion and peacebuilding.