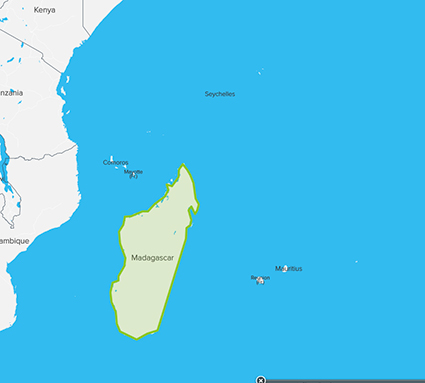 Accountability and the citizen-led control of public initiatives today are now crucial to the development policies implemented in Africa. In Madagascar, these issues are all the more important given the political turmoil that the country has suffered over the past few decades.

The Madagascan Citizens' Dialogues project aims to get the Madagascan media more closely involved in matters concerning good local governance and accountability, so that they play their part in promoting more active citizenship and encouraging greater civic engagement. It follows on from the initiatives already carried out by CFI in Madagascar, and has been devised by taking account of the results of other projects launched in Côte d'Ivoire and Burkina Faso covering similar issues.

In a country that today has over 300 radio stations and 40 television channels, which mainly cover regions with high population densities, CFI has selected ten local radio stations, two television stations and four written press and online media outlets to benefit from training workshops on the citizen-led control of public initiatives. This pilot project will subsequently be expanded so as to cater for more media outlets.

Madagascan Citizens’ Dialogues (PDF - 468.73 KB)
Verbatim
“This training course is so important… As journalists, it enables us to improve the way we tackle citizens’ concerns and understand what it means to “be a citizen” in Madagascar today. It also helps us pay more attention to the people who play a role in our society: the local authorities, citizens, civil society organisations etc. … we are all affected and every one of us needs to take responsibility.”
Sylvana Rizy, radio RNA, Antalaha

Training workshops on the key concepts and notions concerning citizen-led control of public initiatives, for media and CSO professionals and elected officials in the target regions.

Madagascar: talking about citizenship on the radio

September 29, 2016
A training course on designing "citizen awareness" programmes took place in Antananarivo on 12-24 September 2016. This was the first training...

October 31, 2016
The radio stations benefiting from the Citizens Dialogue project have taken part in a training workshop on designing civic dialogue programmes...

November 2, 2016
In conjunction with the Mayor of Antalaha, CFI is supporting the creation of interactive, recreational discussion spaces to encourage active...

March 8, 2017
At the Madagascan Citizens' Dialogues workshop, which took place in Antananarivo between 20 and 23 February 2017, the focus was on understanding...

April 30, 2017
The second workshop to raise awareness of key aspects of citizen-led control of public initiatives was held in Tana from 20 to 24 March 2017.

Initiative specific to the region of Antalaha

May 31, 2017
Since the start of the year 2017, ECES and CFI have been conducting workshops in Madagascar aimed at media outlets, CSOs and local authorities...

Debates on the elections in Madagascar

November 9, 2017
With the Citizen Dialogues Madagascar project reaching its end, the nine participants involved in the radio component took part, from 16 to 28...

Training in local investigative journalism techniques, and assisting in investigations from afar

Call for applications – Investigative journalism training in the Madagascar

May 29, 2017
CFI is opening a call for applications for a series of training sessions in investigative journalism as part of the project Madagascan Citizens'...

Organisation of a 'citizen media' competition.

September 5, 2017
Letting young people have their say, developing critical mindsets and dialogue, and encouraging people to take to the floor – these are just some...

February 9, 2018
Radio journalists, local authorities and CSO and NGO representatives were all in attendance at the project's closing seminar, which took place in...