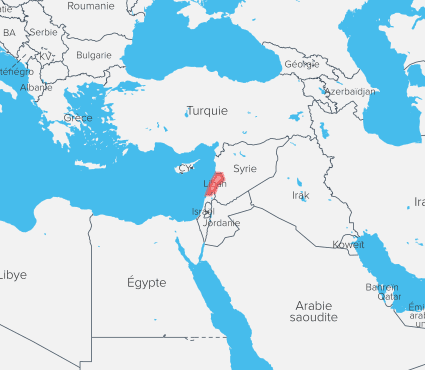 To boost the profitability of the publications through the introduction of paid access to digital content.
To consolidate readership with a more dynamic digital offering, through the creation of themed supplements, new tools and an attractive design.
To support digital progress by developing the social media usage strategy.
440 K
24months
3Supported Projects

In a complex geopolitical environment, marked by power struggles between the various political, business and religious entities, the French-language press in Lebanon is economically fragile at present. It is having to adapt to lower advertising revenue, caused by the political and security crisis in the region, and to the changing consumer habits of its audiences as they increasingly favour connected forms of media.

Online media use is developing rapidly in Lebanon and it is vital for the written press to expand its digital offerings, if it is to remain relevant to its readership. Changes in how the press is accessed, together with the growing influence of social media, means that the tools, methodology and expertise within the sector need to be completely redefined in order to adapt to these new forms of use, to become more interactive and thereby to reach new audiences both in Lebanon itself and among Lebanese communities in other parts of the world. This digital transition requires a whole new business model, one that relies in particular on monetising access to digital content.

Following on from the 4M Transition to online for Arabic-language newspapers project, which was led by CFI over a period of almost two years and involved five Arabic-language news publications, the current project is aimed at helping Lebanon's French-language press to evolve so that it may adapt to the current economic and technical factors of its environment, and make itself more attractive by embracing the digital era.

Digital East (PDF - 164.8 KB)
Verbatim
Our objective is to enable pre-teens to understand the news in order to protect them from misinformation and hate speech.
Hala Bejjani and Lamia Rassi, founders of Kel Yom

Development of digital applications and websites

A digital version of Kel Yom is launched

February 1, 2018
The Lebanese children's weekly Kel Yom has signed up to the 'Digital East' project in order to launch its website, in French and Arabic.

L’Orient-Le Jour : From printed to digital, the road taken by a media outlet in transition