Decline in revenues linked to commercial advertising, difficulties in covering the news, editorial caution... Radio Djawoampo is suffering as a result of the security crisis. Nevertheless, thanks to the MediaSahel project, it has succeeded in becoming more professional.

The security situation is impacting upon our programme schedule, laments Abdoul Kafao Zoungrana, Editor-in-Chief at Radio Djawoampo. It is limiting the extent to which we can cover the news.
Established in 2009 in the municipality of Bogandé in eastern Burkina Faso by the Liptako Gourma inter-state Youth Association, its initial purpose was to promote awareness-raising activities for local development, education and the prevention of diseases such as HIV/AIDS. Since then, its editorial line has evolved. It broadcasts national and international news in the local language.
However, caution is now required. We must pay attention to the content of programmes shared by other national or international radio stations that we broadcast. We cannot report on debates that would put our journalists and our media at risk, continues Kafao.

The crisis is also having an economic impact. Advertisements were the main source of income for radio stations, in addition to ad hoc support for certain projects. They used to bring in between 700,000 and 1,000,000 CFA francs per month, compared with today’s figure of between 60,000 and 200,000 CFA francs.
Our customers rarely advertise their activities these days, he observes.

Our proximity to the population is our strength

The support provided by MediaSahel is therefore invaluable. Radio Djawoampo, which takes its name from a Gourmanché word meaning “the wonders of youth”, has benefited from financial support to produce programmes and has also received production equipment. We have also been given help to repair our storm-damaged antenna. Without CFI’s support, it would have taken us four to six months to find the necessary resources and start broadcasting again, he sighs. 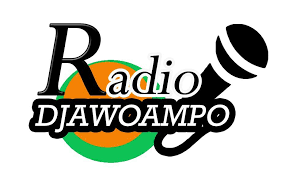 The radio station has one of the biggest audiences in the province of Gnagna, with almost 140,000 listeners. Our proximity to the population is our strength, asserts the editor-in-chief. The team is predominantly made up of women: five women and three men, plus volunteers. When we recruited them, they had no journalistic background.
MediaSahel made a valuable contribution here too.
The team benefited from training in areas such as personnel management and journalism. This taught us how to manage our broadcasts, particularly where these are interactive, how to connect the phone to the radio to reach as many people as possible, stresses Kafao. These are techniques that we had previously been unable to master, he admits, before going on to conclude that developing our skills in this way has enabled us to assemble a team of professionals and to clarify our editorial line.