A new project to spread good journalism practices in Iraq

The “Innovative journalism in Iraq” project, launched by France Médias Monde (FMM) and CFI, primarily aims to enhance the skills of Iraqi Media Network (IMN) journalists through certified vocational training, and to supplement the journalism course offered by the Faculty of Media at the University of Baghdad (FMUB), so as to bring local journalism practice into line with international standards.

Once they had completed each training session, the journalists produced online news content with a focus on the environment and health. The topics covered included pollution, marshes, how to rescue palms (a symbol of Iraq), drug addiction and the street children of Baghdad.

“I am a presenter but I’ve never been in the field. In making this report, I have been able to rediscover the people of Iraq. My work in the studio feels more real now and I know what questions to ask my guests.” Nada, an IMN journalist and project beneficiary

Training sessions on digital tools such as Facebook live, Instagram and Youtube, on the techniques to use when writing online articles, and on television reporting and mobile journalism (MOJO) will also be organised from October onwards.

Finally, a five-day thematic seminar bringing together 12 people from the IMN and the FMUB will tackle three issues common to all areas: gender, the environment and safety. Having completed this training, the beneficiaries will form groups to produce reports with a focus on gender and the environment. 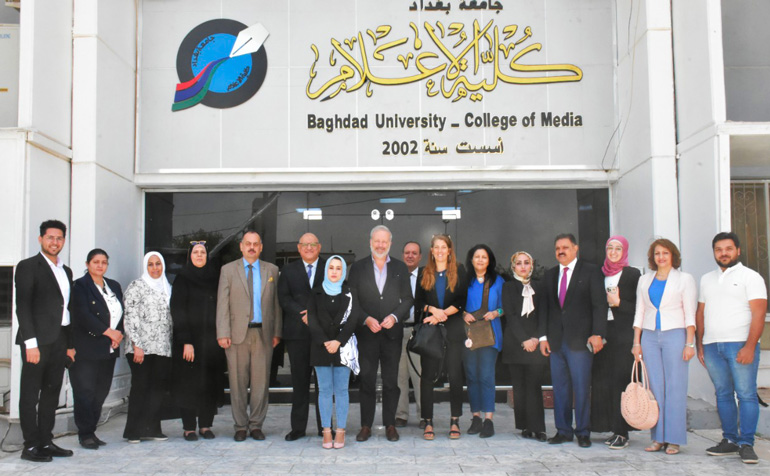 “Judges” to assess the quality of radio productions