L’Orient-Le Jour : From printed to digital, the road taken by a media outlet in transition

We review this switch to digital with Michel Helou, Director of the daily paper since 2015, and its Chief Editor, Émilie Sueur.

What were the main milestones and challenges faced in this transition?
Michel Hélou : “Our main aim was to transform the business model of L’Orient-Le Jour to turn it into a viable media business, and switch to digital media for our readers but also in terms of revenue. And that is what we achieved, thanks partly to support from CFI, which helped us switch from the old to the new model, mainly based on digital subscriptions. I think we were the first to move to a pay model. This decision was fundamental to our transformation. Daraj has an excellent investigative team

In tandem with this, we worked to reform the newspaper’s editorial line, creating and developing an online news department to cover current affairs in real time, as well as gradually reorganising the editorial office and consolidating each department.
Starting in 2016, we embarked on a complete overhaul of our dummy, preserving its quality but reducing its size and filling constraints in order to devote more energy to the online edition.


Another priority project in our digital transition was to review our subscription funnel, encouraging readers to subscribe in order to access paid content.
We’re currently in the process of completely upgrading our mobile app to enhance performance. As a result, the number of digital subscribers While in 2015, less than 5% of our turnover came from digital subscriptions, by 2020, they accounted for 50% of our revenue. There have also been a number of specific training projects on video, social media, etc.
Ongoing improvements to our editorial offer led to significant reform in 2019, with a new Chief Editor.” 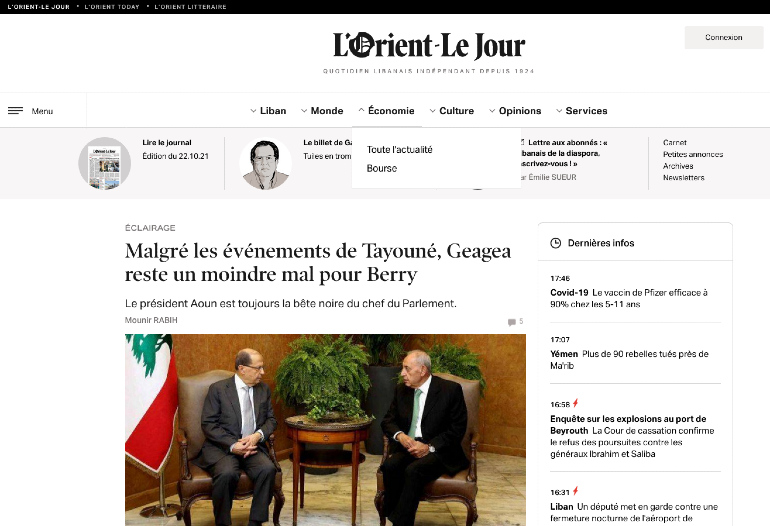 How did you leverage CFI’s support during this transition process?
Émilie Sueur : “The digital transition support tasks were split into various aspects: newsroom organisation, app development, upgrading of website design and graphics, writing for the web etc. CFI provided us with their pool of experts in varied wide variety of fields, and funded the entire revamp of the newspaper’s graphics. One positive aspect of our collaboration with the agency is that we were able to switch much faster, and to a higher standard than we would have managed on our own. CFI’s support made a difference in that it really helped improve quality of the work we accomplished. 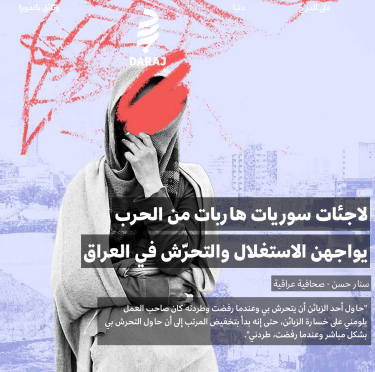 Attending conferences abroad also gave us a quite unique opportunity to share experiences and get out of our “bubble.” And that’s invaluable!”

Michel Hélou : “Working with CFI provided us not only with financial aid and expertise but also contacts, which was a decisive element for us. We met journalists, press proprietors, experts in design, digital, social media, newsletters and so on. We learnt a lot. I feel we had access to the best of journalism, media entrepreneurship and innovation in the media and digital world: this helped us enormously.”

In more general terms, how do you feel the media have evolved in recent years in Lebanon?
Michel Hélou “Media outlets are emerging, despite the devastated scene. Our model is really new. We’ve demonstrated that there is demand for top-quality journalism in Lebanon and I think that’s really important. There have been some interesting initiatives, such as Daraj, Raseef 22 and Mégaphone, and some are starting to scale up.
Mégaphone had a very real impact in the 2019 revolution, Daraj has an excellent investigative team and Raseef 22 journalists are also very good on cultural topics and social issues. These are truly independent media outlets, defending their idea of Lebanon and journalism and I definitely think they should be fully supported.”