Launch of the makanati.net platform in Iraq

As part of the Makanati project, a website for Iraqi women will be launched on 15 February 2021. This platform by and for women was created and developed by Iraqi women studying journalism.

Following several weeks of development, the makanati.net platform will be launched on 15 February.
This platform is the product of several training sessions organised by the Aide Humanitaire et Journalisme NGO (AHJ) in order to strengthen the technical and professional skills of female students from several Iraqi universities (media department).

15 females students from Baghdad, Mosel, Erbil, Sulaymaniyah, Halabja and Duhok benefited from three face-to-face and online training sessions on podcast production techniques, how to set up a studio, reporting and webmastering.

Content will be published on the platform in four languages (Arabic, Kurdish, English and French).
An editorial committee has been established to assess the quality of the publications.
The platform is aimed at female Iraqi journalists and essayists, offering them a place where they can express themselves freely on subjects related to women, with a focus on the role of women in society in general and, more specifically, in the media. 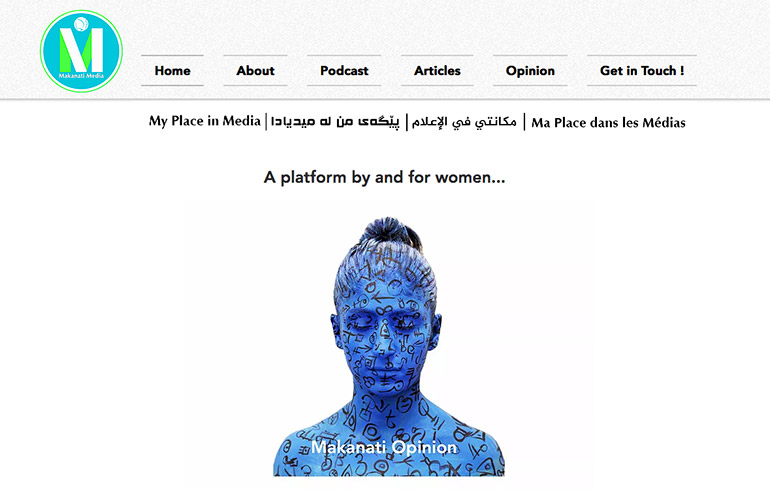 The launch of makanati.net will be announced during an event organised by AHJ on 15 February from 9:30 to 11:30 a.m. Paris local time. Several local and international media outlets have been invited to cover the event: AFP-Erbil, Rudaw, K24, Al Iraqiya, Alhurra, MCD, Daraj, Rozana Radio, Radio Al Salam, etc.