As a student, Adam Bouhadma observed firsthand the glaring lack of career guidance for young people, and saw a need for content to inform and help them in their choice of future career.

Now, at the age of 31, Adam runs the Moroccan Education media company, which publishes a career guidance platform, 9rayti.com and Ki Derti Liha videos.
The story of 9rayti.com (Arabic for “my education”) began in 2008.
As digital gained increasing ground in Morocco, in both size and significance, Bouhadma put together a small team to embark on producing careers guidance and exam preparation videos for students. However, he had few resources to invest in the equipment to enable him to develop his business.

In 2018, 9rayti was one of the ten initiatives selected by CFI’s D-Jil project, targeting young people in the Arab world. This support boosted the platform’s development and marked the launch of the Ki Derti Liha project (Arabic for “how’d you do that?”). Its aim is to support young people in their workrelated choices rather than merely provide career guidance.

There are 15-minute videos on the 9rayti.com educational platform as well as on Facebook and YouTube, depicting men and women from a variety of professional backgrounds, who recount their career paths and give tips on choosing the right career and getting started. These videos have met with rapid success, gaining millions of views.
Bouhadma told us that all these fascinating stories have been viewed by a sizeable audience, and we even succeeded in making the Ki Derti Liha label part of everyday language! 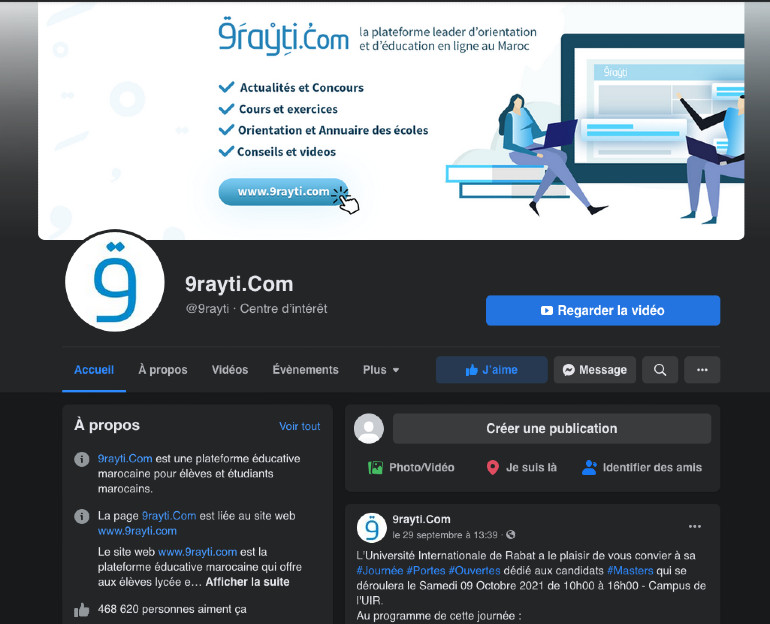 Being part of the D-Jil community gave us the means to produce quality content and, from a personal perspective, we really appreciated the freedom we were granted to bring our project to fruition.