On the occasion of the second training session on information verification, which took place in Yaoundé from November 21 to 26, 2022, the trained journalists produced six journalistic productions.

They followed the intervention of Ritah NGA, a member of the group of gender experts of the United Nations system. The following day, the journalists went to Yaoundé in mixed groups (men and women, French and English speakers) on the theme of "Gender and Sports," taking advantage of the popular excitement caused by the World Cup, in which the Cameroon team is participating in Qatar.
The goal was to use the techniques for collecting and checking information.

Groupe 2, included WANCHIA NCHANG Cynthia from The Guardian Post, METUGE Stanley from CBS, ADIANG Loris-Clet from Galaxie TV, and NGUIMBOUS TOCK Prince from Le Jour, followed female Indomitable Lions supporters in a fan zone and created two microprograms to find out why they are quick to support, but less willing to practice sports.

Groupe 3, included RAMATOU Yaouba from Galaxie TV, KILOH Valery from CRTV-News, and SHING Timothy from The Guardian Post, made a podcast about of a female teacher who loves sports at the National Institute of Youth and Sports (INJS) 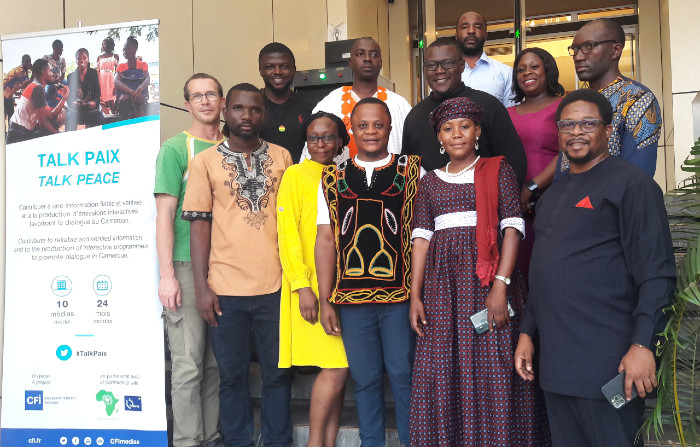