In Lebanon, Syria and other countries, children are being deprived of their right to their childhood due to the current security situation. Despite the fact that media plays and important role in shedding light on their suffering and rights violations, it is at times the source of violating children’s rights and perpetuating abuse.

Many media professionals and journalists who interview children, whether in camps, in the streets, or even in studios, tend to ask questions to traumatised children that contradict all child protection laws and thus greatly enhance their tragedy and put more pressure on their wounds. 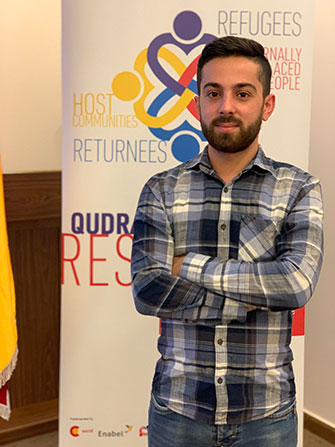 Therefore, CFI, as part of the Qudra 2 program, organized a workshop for a number of Lebanese and Syrian journalists in Lebanoan entitled ‘Child Protection Media Coverage Ethics’.

The workshop took place in Beirut on 15-16 December 2020 and under the facilitation of Rana Kharrat, an expert trainer specialized in advocacy, participation and protection of children.

In the workshop, Ms. Kharrat shed light on international conventions and Lebanese legal framework related to child protection, and the chart on Child Rights in Media developed by the Higher Council for Childhood in Lebanon. In addition, the trainer presented practical examples of best practices of media ethics of children coverage within households, including in informal tented settlements of Syrian refugees, and on the streets.
The journalists also were guided on how to deal with children on social media (including video, photo or articles), how to pay attention to the risk of cyber bullying, and the importance of looking after themselves and their psychosocial needs as media personnels. Participants exchanged views and shared their personal experiences covering children related issues. 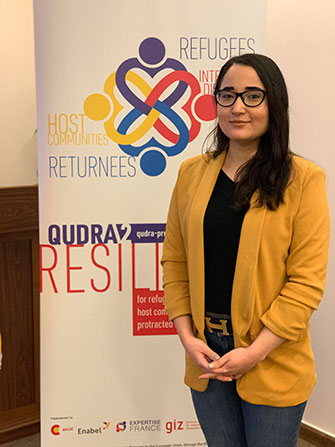 Charbel Baissary – Lebanese journalist, Al Joumhouria newspaper:
“This workshop drew my attention to the way we as journalists need to deal with children, what are we allowed to publish and what are the things that we should ethically avoid publishing and also the questions that we should never ask a traumatized child.”

Bushra Aldaas - Freelance Journalists:
“I participated in this workshop because we as journalists always thrive to learn more information and skills that will help us excel in what we do especially when it comes to the ethical side of this profession.
Since we are talking in this workshop about children specifically, I was very interested in learning more about it maybe because I’m Syrian and I have seen many ethical violations previously practised with Syrian refugees in different media outlets, therefore I had to learn the ethics myself in order to be able to make a change.”