A woman of many talents, Palestinian director and cultural entrepreneur, Zeina Ramadan, is on a mission to break taboo and improve the way in which the Arab world is seen.
Profiled by Lou Mamalet.

Born into a family of Palestinian politicians, Zeina Ramadan found social action at a very young age. However, it was through culture not politics that she wanted to make her mark, by allowing her cinematic and written work to do the talking. She was initially drawn to journalism, which she studied at An-Najah National University. It was during this time that she first came face to face with the inequality between men and women in academia. Even at university, I saw that there were some jobs that were reserved for men, while others were reserved for women. That’s when I had the idea for "Taxi Girl", a social commentary that I filmed with my sister, who starred as a public taxi driver. Everyone expected me to fail, but I took part in a competition within the school and came second. That victory gave me a lot of confidence.

The young director developed a taste for cinema as she recognised its resonance in society. She then decided to use cinema to broadcast her messages and combat injustice. On the back of "Taxi Girl", she was contacted by Sashat Woman Cinema, an institution that aims to improve female representation in Palestinian cinema, which offered her the chance to make a second film with them.
She released “Hush”, a satirical short film depicting a young girl who feels like she is being followed by her two neighbours, who symbolise society’s injunctions on women. Then “Sars”, an experimental film based on the difficulties a friend had in trying to cross the Gaza border to study abroad, featuring the audio of some of their exchanges over social media.
Zeina directed these original works that are committed to criticising the injustices of the patriarchal society of the Arab world, in an “artisan” manner, having acquired her editing skills via YouTube.

At the same time, she entered the Palestinian creative and cultural industry by first becoming an editorial manager at Nisaa Network, a multi-media platform for Arab women, then a project manager for one of the biggest animation studios in Palestine, and finally the local Palestinian Cinema Days coordinator. These experiences drive her to develop her country’s cultural ecosystem and reinforce its local dimension. I applied to a project set up by the United Nations, which gave me the chance to participate in lots of workshops on cultural project management, she explains.

By joining the start-up Kitab Sawti, Zeina Ramadan achieved another goal of creating the biggest library of audio books translated into Arabic. I came to the realisation that culture in the Arab world wasn’t integrated into the world of innovation. Working with Kitab Sawti allowed me to understand how to engage an audience and how artificial intelligence can help artists. I took it all on board and I wanted to start my own project, she explains. No sooner said than done, she set up the Al Feel project just a few months later. “Feel” (which means “elephant” in Arabic, a reference to the expression “an elephant in the room”, which describes the taboos no one talks about) offers narrative programmes in audio format on the subject of mental health. 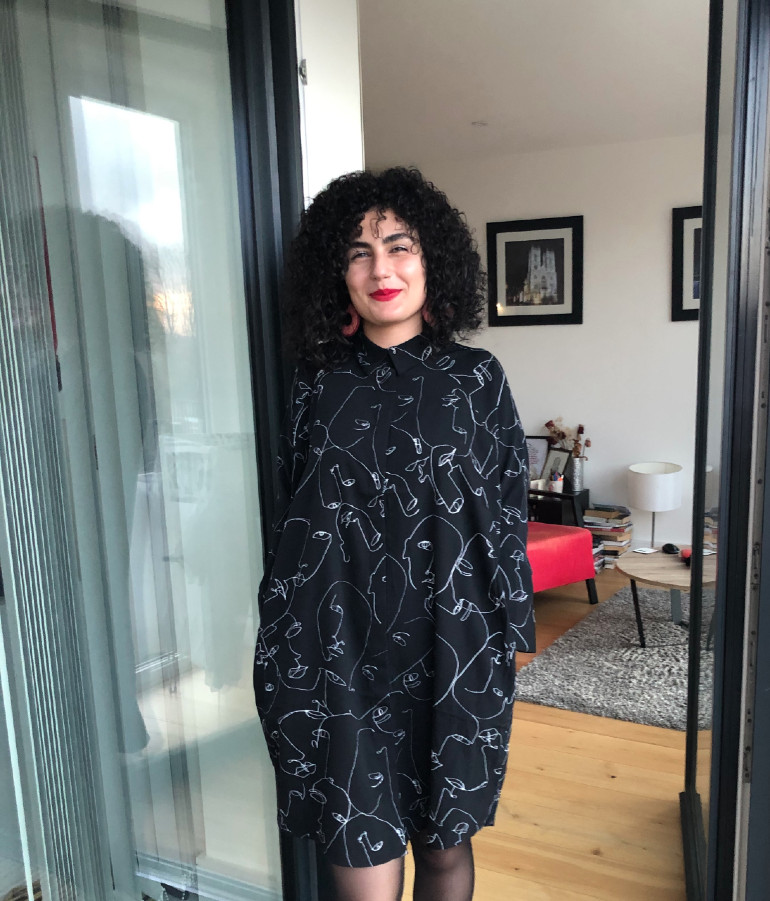 In our region, which is heavily affected by conflict and war, mental health problems are prevalent. Zeina explains: With all the conflict in the Middle East, many of us suffer from the symptoms of PTSD (post-traumatic stress disorder). I wanted to create a programme where writers could share stories related to mental health.
Although there are still too many economic and cultural barriers that prevent people from getting the help they need and talking about these disorders: We don’t recognise mental health problems here; we prefer to ignore them or put them down to personality. It remains taboo to talk about personal issues with your doctor, and, in our culture, you simply do not criticise your parents or your family. However, 90% of our traumas can be attributed to them, she adds.

This project, which is supported by CFI, will comprise 25 episodes, which, Zeina hopes, will open up the debate on a subject that is as complex as it is controversial. Zeina is currently continuing her creative industry studies at Birkbeck, University of London, but she plans to return to Palestine, where she dreams of developing “alternative” tourism in her home country and implementing policies to promote cultural development.