WEB
This content belongs to this project Balkans Voices

Still just 27 years of age, Ivan Durgutov from Macedonia was born to travel. He has travelled to several continents and visited more countries than years he’s been alive. Now, he’s ripping up the rule book and challenging preconceived notions by creating a podcast focused on the importance of mental health. Ivan is one of 13 young people from the Western Balkans who has been receiving project implementation support from CFI for six months.

“Staying active and constantly on the move is definitely one of my character traits. I’ve been joking about not being able to imagine being ‘trapped’ in one place since I was very young. I decided to study social sciences, specifically law, so that I could bring about change. I want to talk about societal challenges and start discussions on unconventional topics. One of the topics that concerns me the most is mental health, particularly among men and boys,” explains Ivan. This is what prompted him to create a podcast that aims to provide information on mental health, its effects, and how it can be treated but also to break down stereotypes, specifically gender stereotypes, and deconstruct prejudices so as to build a better informed and more open society.

Ivan opted for a podcast, accessible to anyone, at any time, from anywhere, which features short conversations and educational, yet inspiring, stories developed by young people, for young people. “Although many people accuse digital tools of creating a division in society, I have always believed the opposite, that they bring us together more than they divide us,” reveals Ivan. Having participated in an incubation week in Paris to help define and launch his project, he will now be supported through every step of its creation.

put mental at the heart of health

This podcast, which strives to “put mental health and men at the heart of health”, takes the form of a series of discussions on one of today’s greatest challenges; ensuring mental well-being for all. Ivan is of the opinion that men must take ownership of their mental health in order for progress to be made, and that you cannot talk about health without considering mental health. He feels that it is his duty to bring about this sense of ownership by providing them with information. By inviting lots of guests from different walks of life, both professional and personal, to participate in the podcast, he hopes to open up the debate and draw attention to the concept of general health, particularly among men, thereby subverting societal expectations. 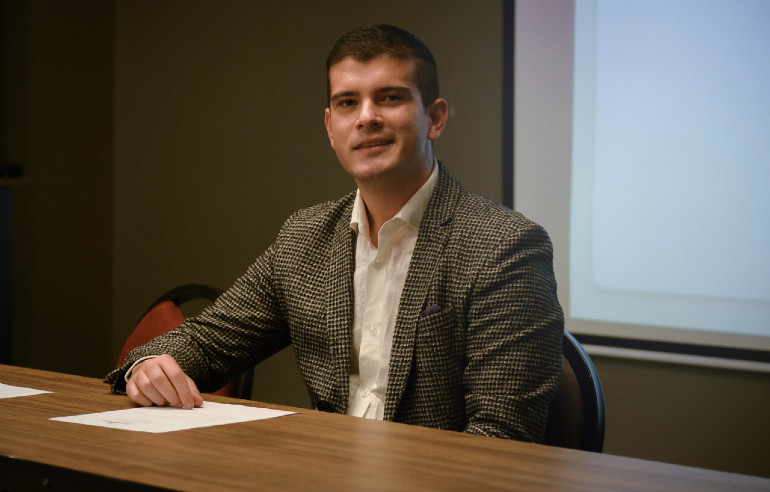 “In 10 years, my greatest fear is that I’ll still be living in a world where mental health remains stigmatised,” states Ivan, who wants to ensure his podcast sticks around by hosting discussions on other health issues and offering meaningful suggestions on actions to take. “I want to show that we men can also bring about change and dispel myths, such as the one that tells us to hide our mental health problems,” he concludes.

This profile was written by Réa Godot, a beneficiary of the Balkan Voices project.