A subsidiary of the France Médias Monde group, CFI actively promotes the development of the media in Africa, the Arab world and South-East Asia

CFI is a public sector operator funded primarily by the French Ministry of Europe and Foreign Affairs. The Ministry's annual subsidy (which comes under budget programme 209 – Solidarity with developing countries) accounts for around 85% of the agency's budget. CFI's mandate thus comes under France's policy of state aid for development.

CFI was founded in 1989 by the Ministry of Cooperation with a 'cultural assistance mission': to supply overseas television stations with French television programmes free of charge. Since then, the State has entrusted CFI with a series of tasks, including, in the main, a database of television programmes, pan-African television channel, satellite package operator, and, lastly, cooperation agency in the media sector. The latter has been CFI's sole mission since the early 2010s.

CFI is a member of the Global Forum for Media Development (GFMD), a body set up in 2004 to coordinate and lobby on behalf of those working for media cooperation, to coordinate the actions of its members in the service of development in countries in receipt of international aid.

Relationship with the State

The French Ministry of Europe and Foreign Affairs (Ministère de l'Europe et des Affaires étrangères - MEAE) has set CFI the task of implementing its policy of aid for the development of public and private media and, more generally, the audiovisual industry with a tri-media outlook, in countries in receipt of development aid.

Its goals include the dissemination of information, the strengthening of civil society and the State of law, and support for new democracies or 'fragile States'".

The general outline and priorities of the mission entrusted to CFI are governed by an agreement signed each year with the MEAE. To achieve the objectives set, MEAE grants CFI the funds espacially allocated to budget programme 209 for development aid.

With more and more audiovisual stakeholders providing assistance at international level, MEAE has also tasked CFI with ensuring the circulation of information and helping it to coordinate the various French media professionals involved in cooperation initiatives.

CFI analyses the situation in each country, develops the relevant projects, and implements and evaluates these projects in close collaboration with the French diplomatic network, in particular the Cooperation and Cultural Action Services. The relationship that binds MEAE and CFI is thus based on a spirit of partnership and trust, the key concepts of our cooperation. It is the result of ongoing listening, information exchange and consultation.

CFI, now a public limited company, was initially a 100% subsidiary of state holding company Sofirad. CFI's shareholders between 2004 and 2017 were France Télévisions (75%) and Arte France (25%). On 27 June 2017, the French media development agency became a 100% subsidiary of France Médias Monde, the national broadcasting company responsible for France's international audio visual offering. France Médias Monde is to take over governance of CFI at Management Board level, but will not be involved in its funding.

The involvement of France Médias Monde in the operations run by its CFI subsidiary is essential, and allows the establishment of a specialist international media team in the field of development aid.

The France Médias Monde group is composed of France 24, the 24-hour three-language news channel, RFI, the international broadcaster, and Monte Carlo Doualiya, the Arabic-language radio station that broadcasts all over the world. Broadcasting from Paris, these three radio stations cover 5 continents and 15 languages. The group's journalists and its network of correspondents offer listeners, viewers and internet users open information on the world and on diverse cultures and points of view through current affairs programs, reports, magazine-type programs and discussions. France Médias Monde is one of the shareholders and partners of the TV5Monde mainstream French-language channel.

The managing of the strength of France Médias Monde and CFI in terms of cooperation initiatives has established a single integrated media development aid structure, and has lent increased transparency to concerted action for an effective solution to the challenges specific to trades and values in the public audio-visual sphere.

The Board of Directors

The Chairman of the Management Board, Thierry Vallat

18 November Thierry Vallat is CFI Chairman of the Board and managing director. 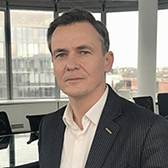 Thierry Vallat is a career diplomat, a qualified Arabist and a specialist in Africa and the Middle East. He has dedicated more than half of his professional career to this region, serving notably in Saudi Arabia, Syria, Lebanon, Palestine, Israel and Morocco. The former head of the Department of Training and Deputy Director of Communications for the Ministry for Europe and Foreign Affairs has also spent many years nurturing a deep interest in issues surrounding the development of the media and digital communication, as illustrated by his time in Tangiers as Consul General. His appointment as Chair and Managing Director of CFI on 18 November 2020 is therefore a logical step in continuing France’s policy to promote media development in Africa, the Arab world and South-East Asia. thierry.vallat@cfi.fr A graduate of the Strasbourg Institute of Political Studies and holder of two Master's degrees in European politics obtained in Brussels and at the College of Europe in Bruges, Alan Dréanic has spent the past 17 years working in the field of developmental aid and of the promotion of democratic governance. Permanent representative to the European Union for the International Federation for Human Rights ( FIDH) in Brussels (2002/2004), he then joined the European Commission/EuropeAid as part of the team responsible for the "European Instrument for Democracy and Human Rights" (2004-2008). On his return to France, he held a number of managerial positions at Expertise France and the agencies which preceded it (FCI, FEI), including director of operations and development of France Expertise Internationale, and then director of the Democratic Governance and Human Rights department of Expertise France (2015-2018). Alan Dréanic joined CFI as Deputy Managing Director on 7 January 2019. alan.dreanic@cfi.fr 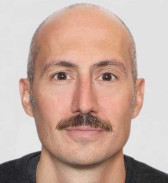 Laurent Giacobino has been working in media development aid and freedom of information for close to 15 years. After gaining experience in media content production and web service design roles, he joined Internews in 2006 to work on projects that focused on the freedoms of expression and online information.
After gaining experience as a consultant developing independent media for NGOs committed to a free press and free information, he rejoined Internews as Project Director from 2015 until 2018. He then became the Director of the Freedom of Expression Programme and the Paris office in 2019. He went on to manage projects designed to train journalists and develop independent media in the Middle East, North Africa, Caucasia, Central Asia and South-East Asia.
On 17 January 2022, Laurent Giacobino joined CFI as the Director of the Department for the Mediterranean Region and Asia. laurent.giacobino@cfi.fr Dr Florence Minery has 20 years' experience in media development in emerging democracies, and closely monitored the expansion of pluralism in Africa within the context of her Ph.D., and then spent 17 years working for Gret (an international solidarity NGO).
Her degree was in geopolitics (DEA) and her Ph.D. in information and communication sciences. She has a keen interest in a sectoral approach to international aid to the media in emerging democracies. She also has experience in editing, heading-up and monitoring European financing projects, and analysing and evaluating projects and their results in the long term.
After a period spent at RFI within the cooperation division, she started working for Gret in 1997 , consolidating and developing a network of sponsors with a view to their becoming involved in support for the media in Africa. She was then a project leader in Chad, implementing a sectoral project aimed at strengthening the media. She went back to Gret's headquarters in 2004 to lead the Media program, becoming increasingly involved in media projects with a greater political dimension.
Florence Minery joined CFI in May as Mediterranean Asia Deputy Director, a newly created post. florence.minery@cfi.fr Jocelyn Grange worked as a journalist and correspondent in Palestine and Indonesia for RFI, TV5 Monde and Le Figaro in particular, between 1998 and 2006, before embarking on a new career in media development. His first role after this transition was as a project manager for Internews Network in Chad, between 2007 and 2008, before moving to Côte d'Ivoire to become a head of mission for Reporters sans frontières in 2010. While in the role of deputy head of mission for the MedMedia regional programme (funded by the European Union) from 2014 to 2018, Jocelyn Grange was also a media analyst for EU election observation missions in Africa, a technical adviser for various media development operators (IREX, Freedom House, International Center for Journalists) and a media expert for the African Commission on Human and Peoples' Rights. Jocelyn Grange joined CFI on 20 May 2020.jocelyn.grange@cfi.fr As part of the task to coordinate France's media assistance efforts on the African continent, a mission entrusted by the state to CFI, Emilie is responsible for developing multilateral co-financing arrangements for the operator, chiefly by launching European calls for tenders.
Emilie Laot-Yahou has a master's degree in international business – specialising in European project management. She joined RFI in 2001 in order to manage RFI's German subsidiary, coordinate contractual and financial relations with the BBC and supervise the channel's European funding, journalist training programmes and RFI Planète Radio, as well as promote the French language and the RFI Music Awards. In 2008, Emilie broadened her range of activities, firstly at TV5 Monde, then at France24 following the creation of the AEF (French external audiovisual media group).
She becomes Deputy Director Africa in 2020. emilie.laot-yahou@cfi.fr After obtaining her Master's degree from the Panthéon-Sorbonne University in Accounting and Finance, Laure Comolli joined the Libération newspaper in 1996, where she remained for eight years, five of which were spent as General Editorial Secretary. In 2003, she became Deputy Director of Administration and Finance for the company Singer. From 2006 to 2011, she oversaw her own management and audit inspection body (Sports Federation, audio-visual production, property development), then joined the Profession Santé group (Quotidien du Médecin, Quotidien du Pharmacien, Le Généraliste, etc.) as Director of Administration and Finance until 2016. She then spent three years as the Deputy Managing Director of Finance at independent media organisation BoxSons.
Laure Comolli joined CFI in March 2019. laure.comolli@cfi.fr