At just 34 years old, Heba Obeidat already has a brilliant career behind her. Having been a journalist, radio presenter, producer and researcher, she is now the national coordinator for Qudra in Jordan, a project that fosters resilience among Syrian refugees across the world.
Profiled by Lou Mamalet.

After completing a Master’s degree in “peace and conflict resolution” at the Hashemite University in Amman, Heba Obeidat began her career as a researcher. Her areas of interest mainly focussed on media coverage of politics in Jordan, in particular regarding refugees and women’s rights. She subsequently continued to cover these topics, this time as a journalist, at various Jordanian media outlets (Radio al Balad, Jordan Today TV, ...) where she hosted around a hundred debates on politics and the national economy.
She is also the producer and presenter of “Podcast du parlement” [parliament podcast] on the Jordanian platform Sowt. As a journalist, I have written many articles on Syrian refugees in Jordan. One day, CFI contacted me suggesting I carry out research on the subject and I accepted,” explains Heba Obeidat.

Today, she coordinates the Qudra project (which means “strength and resilience” in Arabic) in Jordan. Supported in particular by the European Union Regional Trust Fund in Response to the Syrian Crisis (known as the “Madad fund”) and the German cooperation agency, this initiative aims to support Syrian refugees. Obeidat has also worked on the implementation of an awareness-raising campaign aiming to reduce hate speech against Syrian refugees in Jordan: Videos showed Syrians and Jordanians the importance of working side by side. Journalists wrote success stories subsequently published in newspapers or online, and relayed in video form on the project’s Facebook page, she explains.

This is an essential mission in a country like Jordan, which is currently home to more than 1.3 million Syrian refugees, or 10% of the total population, and houses the second largest refugee camp in the world — Zaatari. This situation puts the State under immense pressure in terms of resources and exacerbates tensions between communities, as Heba explains: Many stereotypes persist. The most common is the one claiming that Syrians would steal Jordanian people’s jobs. This is clearly a popular misconception as refugees’ access to employment is restricted to a certain number of sectors such as construction or agriculture, jobs which Jordanians often don’t want to do.

The operation is quickly becoming a real success, its Facebook page TogetherInJordan now has over 145,000 subscribers. This is the first step in changing people's attitudes, as the project coordinator confirms: In the beginning, we had to face a number of negative comments, but after a year of campaigning, we have noticed a significant drop in these hate comments. 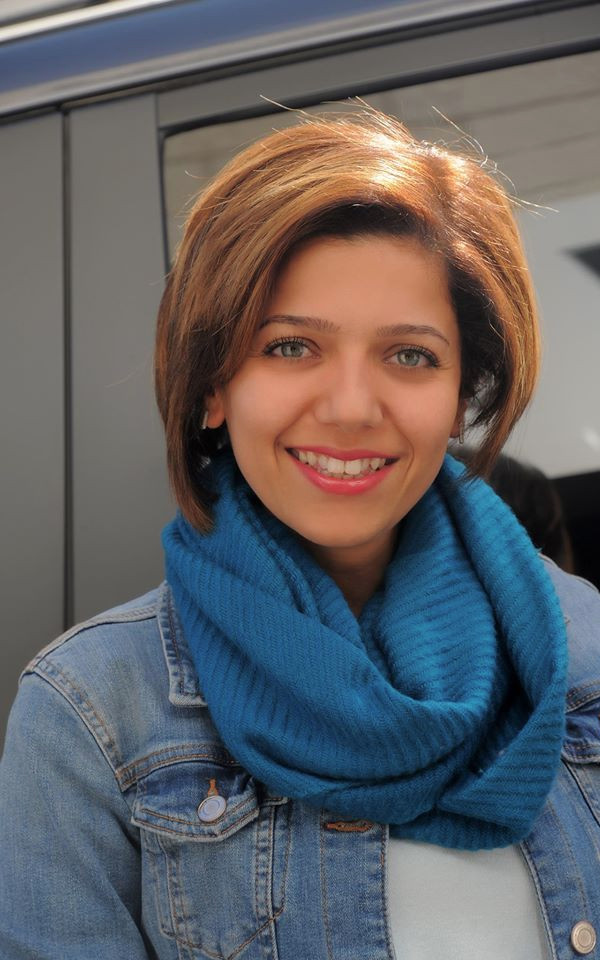 In the autumn of 2019, the project evolved by entering its second phase. In the context of the coronavirus pandemic, Qudra2 now offers online training sessions in fact-checking: False information circulates just as quickly as the virus and we are therefore trying to raise awareness among journalists about fact-checking methods, as well as how to handle health issues.

This has kept Heba Obeidat very busy, whilst also allowing her to dream about her future. She sees herself embracing a career in political journalism at independent media outlets, even if there is still a long way to go: As freelancers, we can’t get a press card, which is only given to journalists who work for the government’s media outlets. Unfortunately, in Jordan, there are hardly any independent media outlets and those that decide to stay autonomous encounter a lot of difficulties in carrying out their work properly. For example, the Chief Editor of Jo24 was recently arrested because he covered a teacher demonstration in Amman.

Journalists in Kenya, Uganda and Ethiopia received training in spring 2021 and now their first stories have just been published and aired.
WEB
Radio
TV

With a view to helping to increase the reporting of environmental issues in the Mekong region, CFI ran the Mekong: Sustainable News project...
WEB
Radio
TV

This public discussion about the Pravo project in Ukraine also raised questions such as the place of justice journalism in the current media...
WEB
Radio
TV