“Journalism can help push the boundaries for girls”

WEB
Radio
TV
This content belongs to this project Afri'Kibaaru

At the end of last year, the first competition focusing on gender equality, organised simultaneously in the six countries involved in the Afri’Kibaaru project, was won by 12 journalists from 46 partner media outlets. Conversation with Hawa Ba, winner from Mauritania.

You are a journalist and reporter for online media platform Initiatives News; why did you choose this piece, which won the jury over?

Hawa Ba: ‘I actually applied with a series of three pieces. The first centred on the place of women in the media in Mauritania, the second on the day-to-day lives of waitresses and the third on the impact of women’s football. The jury asked me to choose just one, so I chose football. I think it touched on a lot of ‘gender’ aspects and, as an advocate for women’s rights myself, this is the topic I naturally turned to. We live in the Islamic Republic of Mauritania, where football is not well received. So I thought that, by creating a piece from this point of view, I was choosing to pay tribute to the courage shown by all these women, almost 2000 of them, who dare to challenge this taboo.”

And does a piece of journalism have the power to change mindsets on its own?

Hawa Ba: “I don’t know. I hope so! If the piece is well written, maybe. In Mauritania, girls who play football are frowned on by society and by their families. They have to cope with insults and being called all sorts of names. I would like to think that this report can help parents support their daughters who have chosen to play this sport. After all, this is their passion, and it’s their full right to want to realise their dreams. We live in a Muslim society where it is considered offensive for girls to play in shorts. Some people even think it’s a crime. When in reality, it’s just a sport, nothing more. Journalism can help push the boundaries for girls who are only asking to be accepted for who they are. Now, I must admit that we never know what impact a piece is going to have. And that scares me a little (laughter). How will people react? For me, the aim of this report was simply to present, shock and find a solution.”

How has the Afri’Kibaaru project, with its training and support, contributed to this outcome?

Hawa Ba: “In many ways. Firstly, maybe the fact that it takes you out of your comfort zone. It has helped me to move beyond what I already knew and agree to learn more. To start with, we covered the basics of the profession, and then issues surrounding its attractiveness. Then, all the competition winners also received coaching. It’s really interesting. It’s like a two-pronged approach offering advice for reporting. It really helped me and I was even able to transition from written journalism to multimedia journalism thanks to Afri’Kibaaru. What’s more, we changed things along the way. It shows us that a journalist must always have their ear to the ground and be looking to move forward, even if that means starting again from the beginning...”

Between now and the end of June, the journalists from the 46 partner media outlets will once again have the opportunity to present their work in line with the Sustainable Development Goals (SDGs), with a second competition, this time focusing on local agriculture and food security. 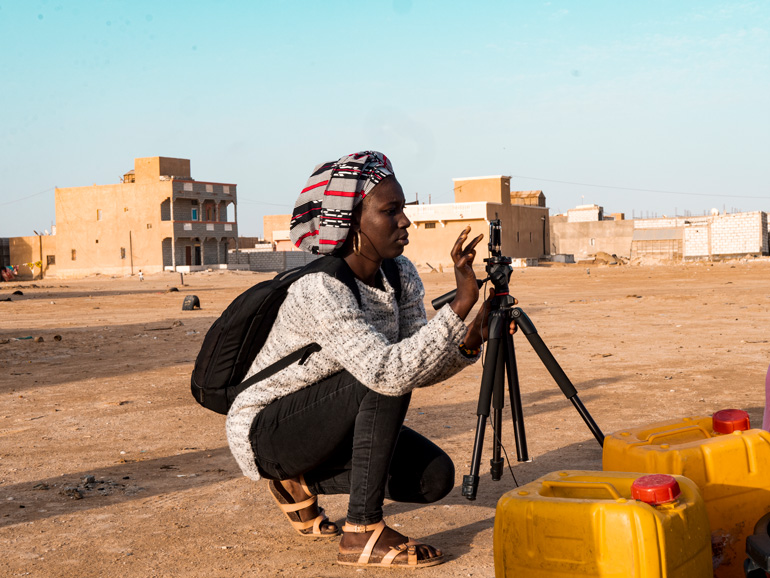