Al Hudood, satire as an antidote to censorship

Al Hudood is a satirical and offbeat Jordanian newspaper. A media oddity, it is primarily a means of subverting political prohibitions and pushing the boundaries of freedom of expression. Meeting with Lo’ai Hazem, cartoonist and journalist at the newspaper.
Profiled by Lou Mamalet.

It was in 2013 that the young Jordanian entrepreneur, Isam Uraiqat, decided to launch Al Hudood, a parody news outlet similar to The Onion in the United States, which covers politics and society from a deliberately irreverent angle. This has been so successful that, in just a few short years, it has managed to establish itself as a credible alternative newspaper among young people who have lost confidence in the traditional media in the wake of the Arab Spring.
Lo’ai Hazem is a political cartoonist who joined Al Hudood in 2015: Before, I had mostly worked for local newspapers. When Al Hudood asked me to do drawings for them, I did one, then they asked me for a second, and then a third, and now they can’t do without me… (laughs).

Since joining the editorial team, he has tackled sensitive issues such as corruption, gender equality and governance in the Middle East without compromise and with great rigour; a task that has become essential at a time when misleading information abounds on social media.
In order to counter the spread of false information, we launched the “Al Hudood Awards” for Arab journalism in 2017, an award that targets the worst examples of propaganda found in the Arab media, whether it be hate speech inciting sectarian hatred or xenophobia. We also have an in-house fact-checking team that picks up false information published in the regional press and corrects it, in the same way as a teacher marks homework. This is then published in the print or digital version of our newspaper,” explains the cartoonist.

Satire, the last bastion of freedom of expression in the Arab media?

Although the Arab revolutions have created fertile ground for the emergence of media outlets like Al Hudood, this is not to say that the newspaper does not sometimes cause controversy when certain articles are published, as Lo’ai explains: We have written a lot about Islamic State and Islamic culture, which has led to threats and hate speech against us. However, it is not our aim to use satire to attack the views held by others; instead we use it to put forward our own views in order to open up a dialogue.

The satirical nature of Al Hudood makes it easier to tackle issues that are seen as sensitive in the region, such as religion or politics, and to circumvent the severe restrictions on freedom of expression that are still in place in Jordan, he says. The advantage of satire is that it allows ideas and thoughts to be conveyed more effectively. When you put across a message with laughter, you reach the reader more easily.
A degree of freedom is also afforded by its economic model, which is based primarily on partnerships with international and local organisations that share its values, thereby avoiding dependence on the powers that be, which other media outlets must accept, and therefore also avoiding being subject to censorship. 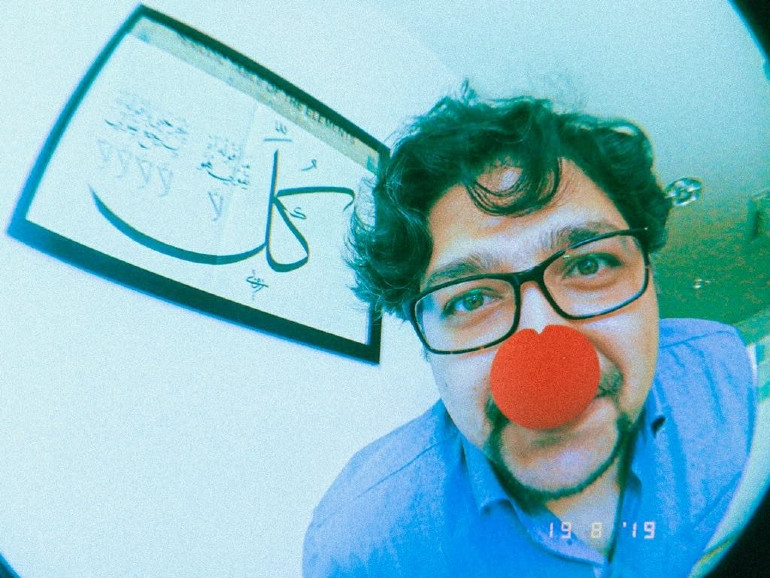 Training the next generation of cartoonists

Two years ago, Al Hudood decided to take things a step further by training journalists in satirical style by offering a five-day training course, delivered in partnership with CFI, and open to young Jordanians eager to discover the basics of satire. A course which, although only offered in Jordan for the moment, could be extended to other countries in the Arab world in order to build a new generation of cartoonists.
Our region has a rich heritage of satirical shows and programmes. Our workshops are a means of building upon and sharing this heritage by allowing more voices to be heard, explains Lo’ai. This is a profession that seems to be more at risk than ever today, but one that is nonetheless essential to guaranteeing freedom of expression in the region.

A second workshop on ‘Refugees’ Stories Coverage’ was held from 1-4 December 2021 in Amman, Jordan, in cooperation with the Al-Jazeera Media...
WEB

The “Media in the Balkans” section of the site was expanded to include a contextual analysis of the state of press freedom, which presents the...
WEB
TV

In Kenya, journalists are warning of the effects of climate disruption

Deforestation, drought, pollution... Since the launch of Dunia in December 2019, several reports on the effects of climate change have been...
WEB
Radio
TV